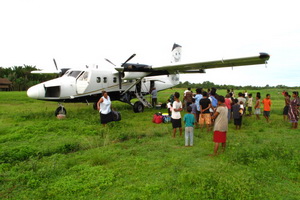 Papua New Guinea Logistics. Planning a trip to PNG can seem rather daunting at first… You have heard and read about the great diving. But you probably have also heard stories about the Raskol gangs and just how dangerous the place is too!

The blunt truth is that PNG can be dangerous if you go to the wrong places in Port Morseby. But it’s highly unlikely that you are going to do that on a scuba diving trip. So the reality is that the danger is minimal and with a modicum of common sense you will be completely safe.

Papua New Guinea is very much in the “developing nation” category, so you can’t expect first-world standards. And if you do, well you are probably going to the wrong place! But that said the dive operators in PNG genuinely try their best to make sure that visitors have the experience they wanted. So cut them a bit of slack as it’s not the easiest of places to operate a business in. 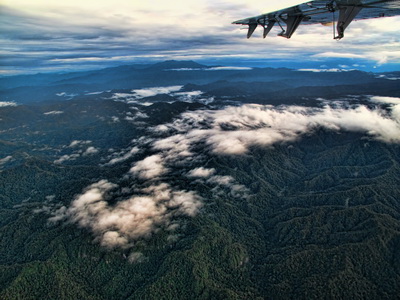 The other point to be considered is the geography and topography of Papua New Guinea. It’s a big and rugged place where basic infrastructure is difficult to establish and maintain. Roads are minimal, so flying is the only practical way to get around which inflates costs considerably.

All that said, the country is unique in so many ways and it’s a richly rewarding destination if you go there in the right frame of mind.

Papua New Guinea Logistics: Getting There 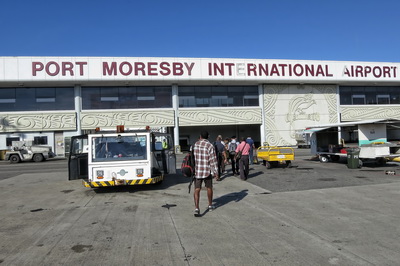 Despite several attempts over the years to allow international flights in to Alotau in Milne Bay. Port Moresby remains the only international gateway in to Papua New Guinea.

Virgin  also operate flights from Australia in to Port Moresby from Brisbane.

While it is possible to get to Port Moresby from other locations. The reality is that it is best served from Australia as there are a lot more flights. Plus they arrive in time to connect with domestic flights to your final destination.

The majority of flights from the other locations make those connections difficult. Which usually means that you will have to overnight in Port Moresby. Not the end of the world (see below…) but an added inconvenience and expense you can probably do without…

Despite everything you may have heard. Transiting through Port Moresby and even an overnight stay there is not the near-death experience you may have been led to believe. Yes, there is an element of danger if you do the wrong things and go to the wrong places. But that applies anywhere you go…

If you are transiting the same day from international arrivals to domestic departures, it’s very straightforward. This link will explain about visas, getting through immigration, baggage collection, money exchange and how to change terminals in Port Moresby.

If you have to stay overnight, the good news is that there are a lot more accommodation options in Port Moresby than there used to be. But the bad news is that they tend to be quite expensive… That said, virtually all of the hotels will arrange airport transfers for you as part of the package so you will be quite safe!

There are two usually options for flights to your final destination. Air Nuigini which has the most flights and PNG Air (formerly Airlines PNG or APNG). 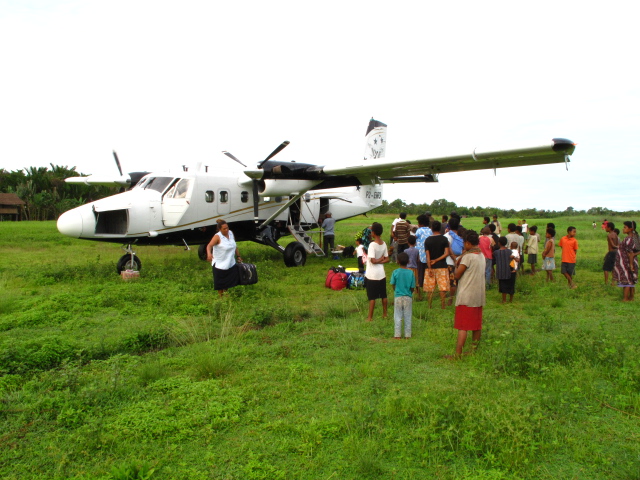 The basic reason for these disruptions is quite simple. Both Air Nuigini and PNG Air have a fixed number of aircraft with very little, if any, spare capacity.

So when something goes wrong in one location there is a knock-on effect for the rest of the day.

There is also an effective black-out period when flights have to stop because they may not be able to land at their destination. So while you might make it through check-in at the domestic terminal. Sat waiting patiently for your flight to be called… But you can never be sure it will go until you are in the air.

Typically what happens when a flight is cancelled is that an extra flight is put on for early the following day. So that the passengers from the cancelled flights can be transported without impacting the schedules of that day.

If that happens the airline will have to accommodate you. So your priority should be to try and get that sorted as soon as possible in case there are not enough rooms to go around! 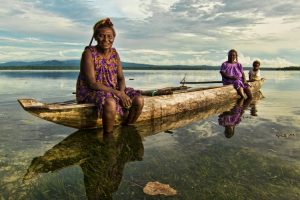 The Complete Guide to Diving New Ireland... Considering a trip to this very pleasant, slightly remote but quite special part of Papua New Guinea? …

Use Indopacificimages’ Complete Guide to Diving Tufi  in Oro Province to help you plan your trip to this very special, remote and incredibly beautiful …

Let Indopacificimages’ Complete Guide to Diving Port Moresby help you plan your trip to, or through, the capital of PNG.  Simply stated, Port …

Papua New Guinea Logistics. Planning a trip to PNG can seem rather daunting at first... You have heard and read about the great diving. But you probably …