How Much Do Great Whites Eat? An interesting and very relevant question given that hunger is probably the major behavioural driver of these incredible animals.

Carcharodon carcharias, the great white shark is widely considered to be a ruthless and terrifying man-eater. That myth was largely created by the famous Steven Spielberg movie Jaws in 1975… And then widely propogated by the tabloid media ever since!

In the mind of the broader public great whites have an insatiable hunger and humans are part of their diet. 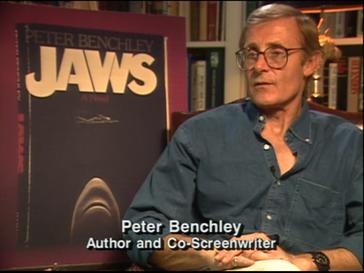 Much has been done by many people over the years to try and counter that terrible misconception.

Including the late Peter Benchley, the author of the original book and screenwriter of the movie…

Benchley made it very clear that he greatly regretted the film’s overall impact on the public’s psyche and worked tirelessly to try and correct that perception.

A very significant data point on that journey is the paper published in 1982 by the late Francis Carey. Together with colleagues from the highly respected Woods Hole Oceanographic Institution in the USA.

The paper documented the interesting work done with a tagged 4.6m long great white over 3.5 days in the summer of 1979. What initiated the work was the death of a fin whale off Mantauk Point, NewYork. The gaseous carcass of which floated on the surface. Dead whales are known to be an important source of food for great whites and at least five came to feed.

One of the great whites was tagged with an acoustic telemetry device. Which monitored and transmitted depth and position together with muscle and seawater temperature. That data allowed Carey to make  some rough estimates of the shark’s metabolic rate. And from that extrapolate how long 30kg of blubber from a dead whale would sustain it.

The answer was around 1.5 months… which, over time became a common factoid. Because it was used as the basis for the argument that great whites are not man-eaters.

They are absolutely not man-eaters, but the frequency at which they eat is not the right argument to prove that. It should be noted that the paper clearly states its assumptions. Plus it does not draw any absolute conclusions about how often great whites do eat… 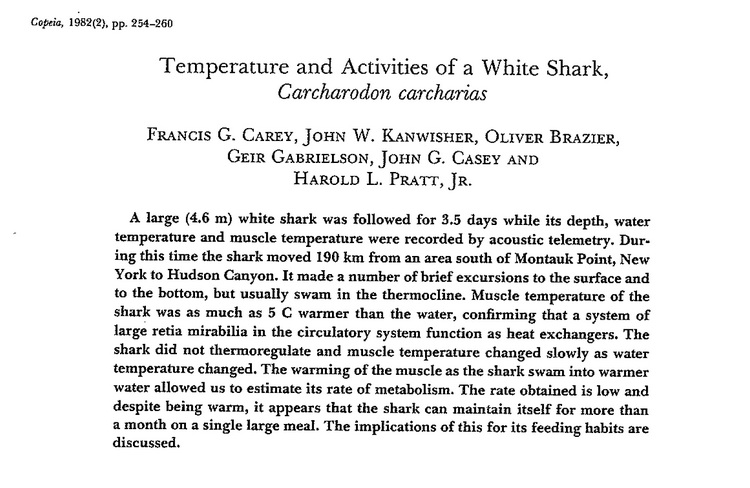 A PDF copy of the full paper is available on this link: Temperature and Activities of a White Shark.

How Much Do Great Whites Eat – University of Tasmania

In 2012 Jayson Semmens of the University of Tasmania, led a study into defining metabolic rates derived from swimming speed estimates – rather than muscle temperatures used by Carey et al.

The key point being that the single great white used in Carey’s study was already feeding on the dead whale. Therefore its metabolic rate would have been lower than if it was hunting for prey.

The study was conducted at the Neptune Islands where the sharks would be hunting for fast moving seals. Plus they would have to “patrol” constantly and use bursts of speed to catch a seal.

The results of the study indicate that the metabolic rate of great whites is much higher than previously thought. Therefore the need to feed is also much higher…

Semmens et al concluded that when hunting on open-water fish such as silver seabream, great whites would need to feed at least once every day.

Whereas, when they switch to fat-rich mammals around the Neptune Islands, consuming a seal every 2-3 days is probably enough. That is because the energy required to patrol the general area looking for seals is much higher – by a factor of about 3. 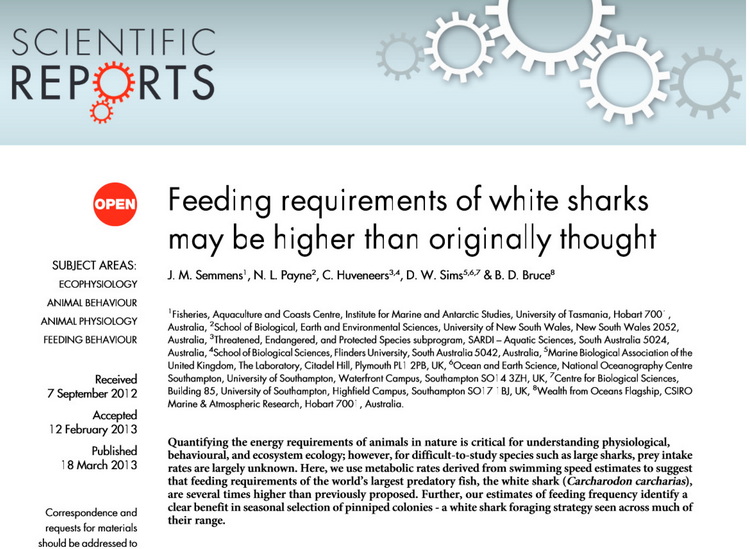 A PDF copy of the full paper is available on this link: Feeding Requirements of White Sharks.

Clearly how much do great whites eat is a very difficult question to answer… Carey and his team obtained some incredible data when they tagged that shark in 1979. And the subsequent paper provided a degree of insight in to great white behaviour that was a world-first!

The assumptions and extrapolations made were reasonable. But in the fullness of time, together with the data from the University of Tasmania, they are clearly not accurate.

Great whites do need to eat quite often. How often is a function of the nutritional value of what they eat. Seals are highly nutritious, silver seabream less so but still adequate. While humans provide very little and we are simply not on the shopping list!