The Blue Sharks of the Azores… For a diver, no visit to these remote islands would really be complete without experiencing these exceptional animals. In-water encounters with Blue Sharks are far from common and the interactions in the Azores are quite special!

Pelagic, open-water animals the Blue Sharks of the Azores roam the deep waters around the nine islands of the archipelago. With recent research indicating that the archipelago forms the northern boundary of an important mid-Atlantic breeding ground and nursery.

Blue Sharks (Prionace glauca) are very distinctive creatures. Their slim, elongated bodies and long, conical snouts make them very hydrodynamic and fast. They are said to be one of the fastest sharks in the world – capable of in-water speeds up to 40km/hour!

Tagging studies of the Blue Sharks of the Azores confirm both. The minimum distance travelled by any of 11 tagged sharks during one 256 day study was just over 11,000 kms. So an average of about 43km per day, while the maximum depth recorded was 696m!

Blue Sharks are said to be the most geographically distributed shark in the world and are found in all temperate, tropical and subtropical waters.

Being a true pelagic they prefer the deeper and cooler waters of the open ocean. When they do come closer to shore in tropical waters are rarely seen close to the surface.

The glauca in their Latin name means blue-grey and refers to their skin-tone from which they take their common name.

Diving with the Blue Sharks of the Azores

Diving with the Blue Sharks is a relatively new thing in the Azores. It came about after local dive operators worked out how to tempt the sharks up from the depths. Like most shark diving encounters, chumming is used… Which typically leads to the eternal debate as to whether that changes the animals behaviour. My experience and the vast majority of everything I have read about the topic is that it does not… 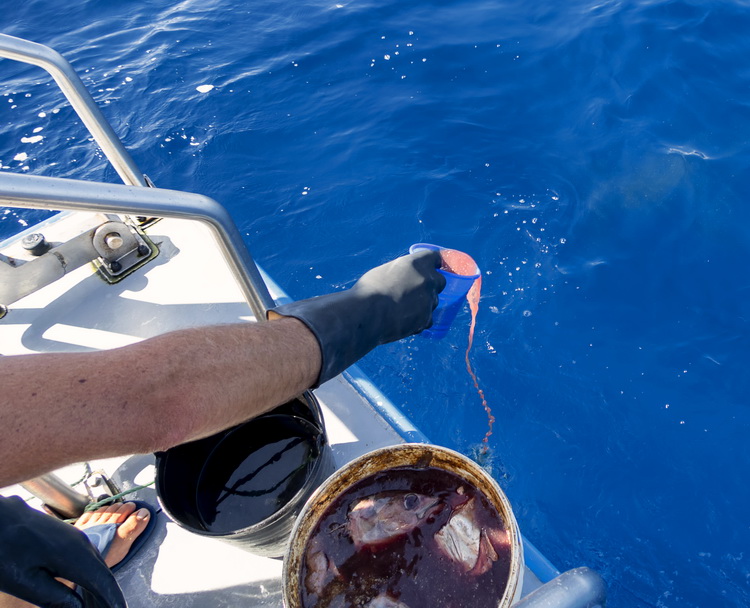 Specifically with the Blue Sharks if the Azores no feeding actually occurs. Instead the chumming simply lures the animals up from the depths. This is generally referred to as “controlled feeding…” And is considered as the optimum way to entice the sharks to come around the boat.

The main location for the encounters is to the north of the channel between the islands of Pico and Horta. There are dive operators in both Magdalena and Horta offering Blue Shark diving. With the possibility of a occasional Mako Shark… 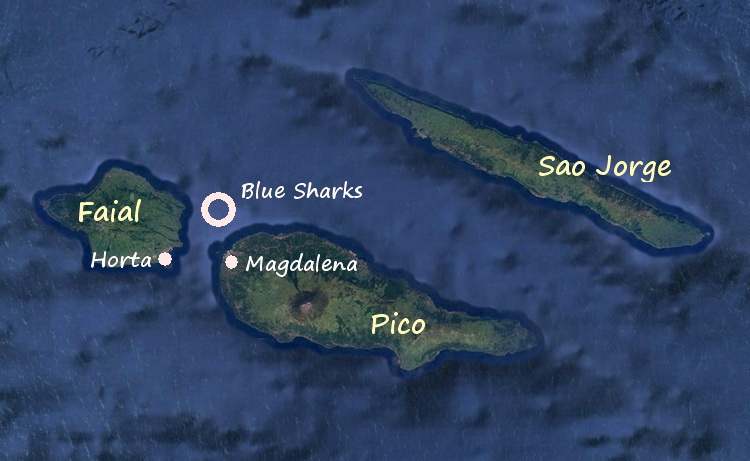 The really great thing about the Blue Sharks encounters is that they are in deep waters that are incredibly clear. They take place under the boat and you are hanging on a line with the abyss beneath you. So good buoyancy really is a very basic requirement! 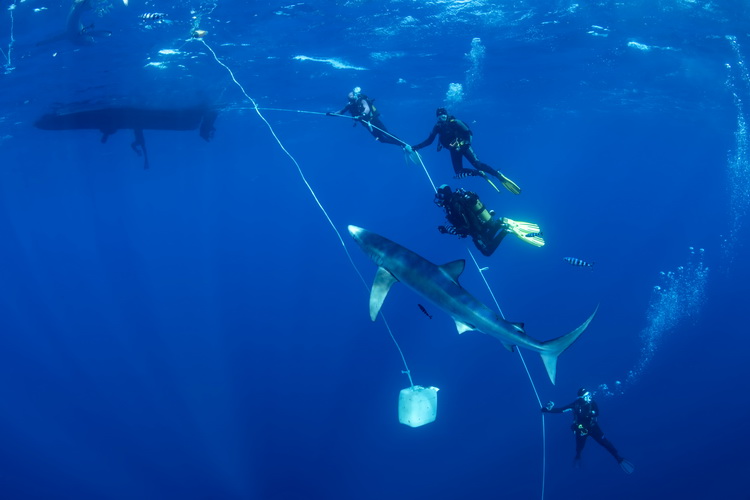 As you are quite shallow during the encounters, if the surface conditions are good the ambient light can often quite stunning. Which makes for some superb Kodak Moments with the Blue Sharks in “cathedral lighting”.

Blue sharks are considered to be potentially dangerous but very little data exists to substantiate that. Urban myth has it that they were responsible for a number of incidents involving shipwreck victims in World War II. But again there is no data to really support that.

My experience with the Blue Sharks of the Azores was that they are intensely curious and show no fear whatsoever. Their behaviour was very similar to that of the Oceanic Whitetip Sharks of Cat Island in the Bahamas. But without the “bumping” that Oceanics are known for…

Photographing Blue Sharks of the Azores

My trip to the Azores was the first outing for my Nikon D500 and Nauticam housing – which turned out to be a great rig!

At that point in time I was using either the Tokina 10-17mm fisheye zoom with a 100mm Zen dome or Tokina 11-16 rectilinear zoom with a Zen 230mm dome. All the images on this pages were taken with one of those lens/dome combinations on the D500. But I have since moved to the Nikon 8-15mm fisheye zoom with a Nauticam 140mm dome which is superb match and I highly recommend.

I was using dual Ikelite DS160 strobes for all the images.

Blue Sharks can move really fast when they want to, but most of the time in the Azores they seem content to cruise around at what appears to be leisurely pace. But even then it still requires a high shutter speed to freeze that motion and get sharp images!

My technique in the Azores was the D500 on Manual with the shutter speed at 1/250 and an aperture of f8 or f11. Metering was set for centre-weighted and I adjusted the ISO to get the correct exposure – but usually it came out about ISO400. I had the autofocus set to AF-C and a single point in the centre of the frame.

Using back-button focus I would lock the AF point on the shark’s eye and then rec-compose around whatever it was doing. Letting the D500 do its stuff and maintain the focus – which it did every time!

The Azores – When to Go…

The area of the North Atlantic to the south of the Azores is believed to be a important mating and pupping region for Blue Sharks. Tagging studies have shown that young Blue Sharks remain around the Azores archipelago for the first two years of their lives. But after that they resort to the same long distance wanderings of the older sharks.

The data from those studies indicate that male sharks migrate to the western areas of the North Atlantic Ocean. While the females head south, but both sexes return to the Azores and are resident from early July to mid-October.