The USAT Liberty wreck at Tulamben in north-east Bali is without doubt the island’s most popular diving location. And virtually every morning the beach and nearby car park at Tulamben start to fill up with divers. Many have traveled up from the tourist locations in the south of Bali. Or come in from the nearby resorts along the coast. 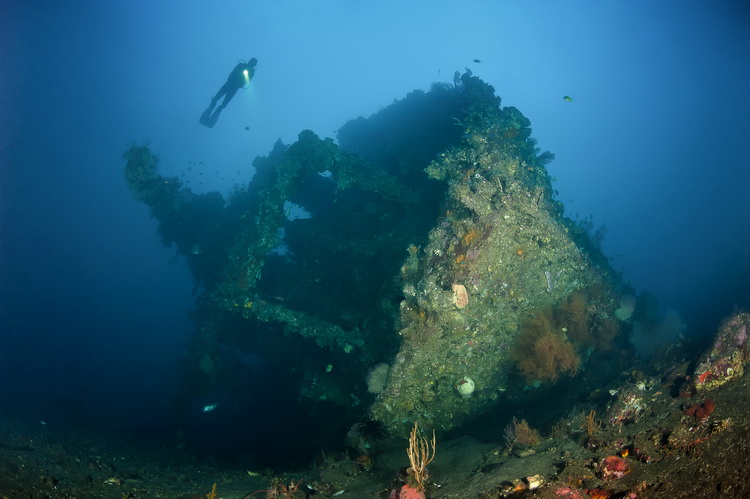 Add to that those who are staying in Tulamben at one of the many resorts and you get the idea – lots of divers. But the wreck at 120m long, together with the various debris scattered around it, is a big site. And as such can accommodate a large number of divers fairly comfortably. 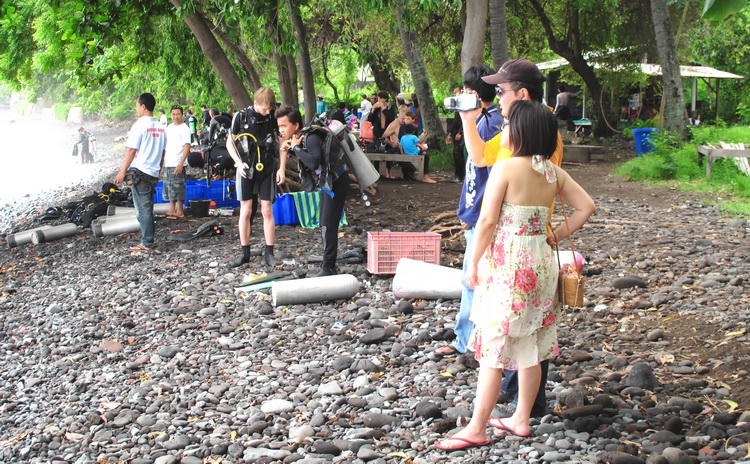 But this heavy underwater traffic is having a considerable impact on the overall condition of the wreck. Inexperienced divers with poor buoyancy and inconsiderate photographers have collectively caused immense damage.

Long gone are the large, slow-growing, table corals which once proliferated on the wreck. Similarly, many of the superb and incredibly photogenic soft-coral trees on the USAT Liberty wreck have also disappeared. 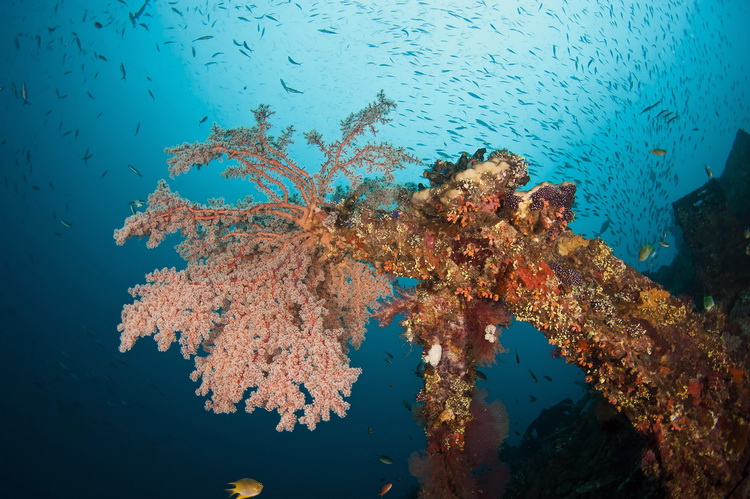 The wreck itself is also showing clear signs of distress as its steel frame succumbs to corrosion. A process that is being accelerated by diver’s bubbles when they contact the ship’s metal.

Contrary to what its name suggests, the USAT Liberty wreck was not a WWII Liberty class ship. The low-cost, mass-produced cargo ships built in the USA during WWII.

The Liberty was actually a freighter. Built in 1918 by the Federal Shipbuilding Company in New Jersey – at the end of WWI. With an overall length of 120m, a beam of 17m, drawing a draft of 24m and a gross tonnage of 6211 tons.

The ship was requisitioned by the US Army at the start of WWII and fitted out with bow and stern guns.

In the early hours of 11th January, 1942 the USAT Liberty entered the Lombok Strait, between Bali and neighboring Lombok. Part of an escorted Allied convoy taking supplies from Australia to the Philippines.

At 04.15 it was torpedoed by the Japanese submarine I-166. Badly damaged, two of the destroyers protecting the convoy took the Liberty in tow. The plan was to get it to the ship repair facilities at Singaraja on the north coast of Bali. But the Liberty was taking on so much water that it had to be beached in Tulamben Bay to prevent it from sinking.

There were no casualties in the actual torpedoing. And all the crew were safely evacuated after the Liberty was ran aground. However the imminent arrival of the Japanese forces in Bali preventing any of it’s cargo being salvaged.

USAT Liberty Wreck – On the Beach

The Liberty remained beached for another 21 years. Providing a source of various hardware to the local villagers. Plus and a fishing platform into the deeper waters of Tulamben Bay.

Until the 17th March 1963 that is… When the rumbling volcano Mount Agung, which towers 3000m above Tulamben, exploded. Pouring rivers of lava down it’s slopes.

The resulting earthquakes lifted the rusting carcass of the Liberty and rolled it down the slope. Breaking the back of the ship in the process. And leaving it on its side, some  40m offshore and parallel to the shore with the bow facing north.

The key to understanding how the USAT Liberty wreck became such a great dive-spot is the Indonesian Throughflow. The incredible volume of water that streams through the vast Indonesian archipelago. Rich with nutrients swept up from the deep basins to the north.

The Throughflow is the life-force behind the amazing bio-diversity of the archipelago and the greater Coral Triangle. It is the basic mechanism for distributing the rich nutrients, planktonic eggs and larvae of the Indo-Pacific region.

Where the Indonesian Throughflow touches, life blossoms…. And, although they had other things on the minds at the time. The captains of the two destroyers that saved the USAT Liberty from sinking grounded her in a great location!

Because Tulamben Bay, where the USAT Liberty now rests, is indeed touched by the Throughflow. As it runs down the north-east coast of Bali before entering the Lombok Strait. And eventually  discharging in to the Indian Ocean.

Such is the volume of moving water, where it passes indentations like Tulamben Bay, eddies are created. Which provides a flow of those, nutrients, eggs and larvae in to the Bay. 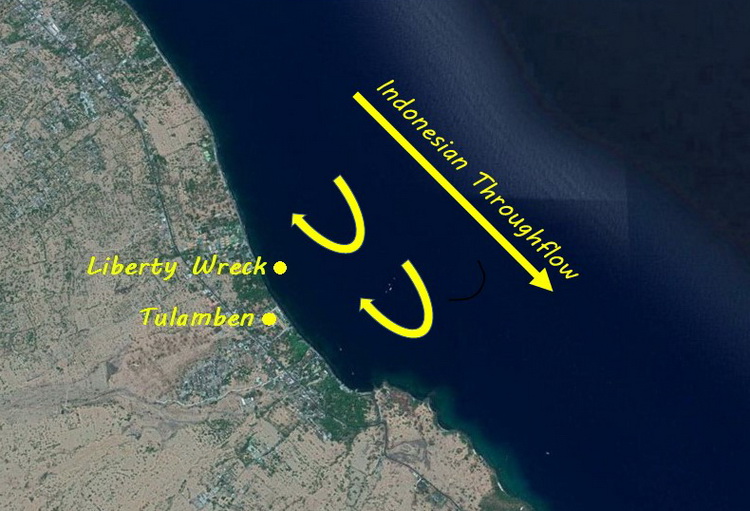 USAT Liberty Wreck – When to Dive It

The very best time of year to dive the Liberty wreck is in October and November. After the southeast (dry season) monsoon has ended, but before the northwest one (wet season) has begun. Generally, during this two-month window, the conditions are at their calmest and the diving is at its best.

Then the northwest monsoon starts in December – going through to early April. And strong winds together with rough seas happen a lot during the wet season…

From May through to about mid July, after the wet season has finished, is also generally very good. But from the end of July through to early September the high winds and rough seas return!

Then around the end of September the conditions start to improve again leading in to that optimum two-month window.