Diving the Blue Hole… Running down the spine of New Britain island are a series of incredible mountain ranges. They are so high, and so densely covered in primary rain-forest, they almost completely isolate the north coast from the south. 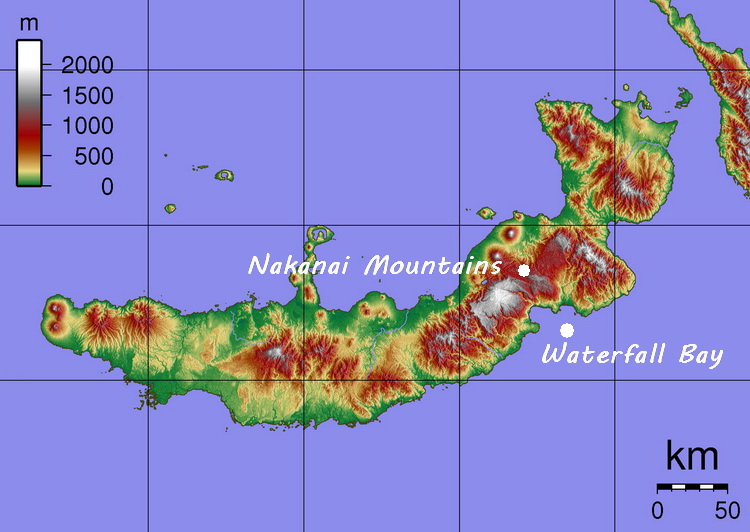 The highest, most impenetrable and probably most intriguing of those ranges are the Nakanai Mountains. With areas at over 2000m high, the Nakanai’s play a major role in creating dual, but opposite, weather systems in New Britain.

Whereby, when it is the dry season in the north, it is wet in the south. So wet that the south coast has among the highest rainfall in the world at around 6m annually!

All that water has to go somewhere… And much of it disappears underground in to the vast limestone kaarst massif that forms the Nakanai. Creating a unique system of limestone caves extending from the mountain summits to the southern coastline.

International teams of speleologists (cave explorers) have conducted numerous expeditions to map those caves and the complex of interconnected chambers and passages. Reading about how those expeditions are organized and run is truly inspiring stuff!

In reality though, only a fraction of what is underground has actually been explored. But what has been discovered has been called the “grand canyon of the South Pacific“and the Nakanai Mountains have been nominated for UNESCO World Heritage status.

Diving the Blue Hole – What is It?

Because of the porous nature of the limestone kaarst and the huge volume of rainfall, those underground rivers find their way through to the surface in different ways.

For example, at the head of Waterfall Bay is the waterfall that gives the bay its name. But rather than dropping over a cliff like most waterfalls seem to do, this one emerges out of a hole in the side of a cliff…

The Blue Hole on the other hand is the source of the Esis River that flows out in to Waterfall Bay.

Diving the Blue Hole – Getting There…

Located as it is, some 14km up the Esis River from Waterfall Bay, diving the Blue Hole is not a straightforward thing. It requires a two-hour journey up the Esis and involves taking everything you need with you! The boat journey itself is quite an adventure though as it takes you deep into the rain forest that covers the south coast of New Britain.

Along the way you pass through small villages perched on the riverbanks. Where the locals gather to watch you pass by – seemingly fascinated by your presence on the river.

The further you go up the Esis River, the harder it becomes to reach it’s source. As the river starts to choke with thick reeds which can block the cooling water inlets to the engines. The only way through is with the help of the local villagers – who have to dive down and cut a path through with their machetes.

Diving the Blue Hole – Almost There…

The closest you can actually get to the source of the Esis River is about 250m, as it is just too shallow for the boat to go any further. It’s then time to carry your dive gear and cameras along the shore and wade through the river.

Diving the Blue Hole is really quite a surreal experience… After the exciting journey up the river it was great to finally get in the water. First impressions once there were that you are in an incredible lagoon deep in the rain-forest.

The water is cool, but beautifully clear and fresh! All around the sides of the “lagoon” is an assortment of leaves, broken branches and general litter from the trees above. While below you is the darkness of the actual “hole”.

Viewed from above it’s very much a black hole and curiosity makes you want to descend. But without a torch the deepest I went was about 25 meters, by which time it was just too dark to go further.

The only real hazards on the way down and back again were dead tree trunks and branches, that have fallen in over the years.

An expedition was organized back in the early 2000’s to establish how deep the Blur Hole actually is and to see what was down there. It established that the bottom is at 48m and what you get for going there is a look at a small fissure with fresh water gushing out like a fire hose!

Overall though the whole day out to dive in the Blue Hole is a great experience. The journey up the river is fantastic and how many lagoons deep in the rain-forest can you say that you have dived in? 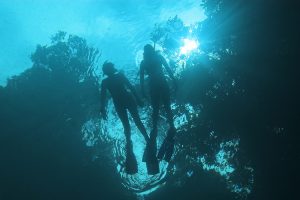 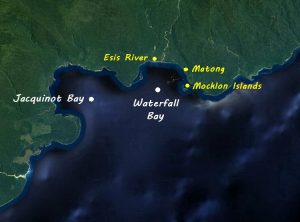