Kimbe Bay Reefs… With about 40 to choose from, Kimbe Bay offers an incredible array of reef diving. Most are patch-type reefs that grow on the ridges and platforms that rise up from the depths on the western side of the bay. While on the narrow shelf that runs around the coastline of the bay there are a number of classic fringing reefs. 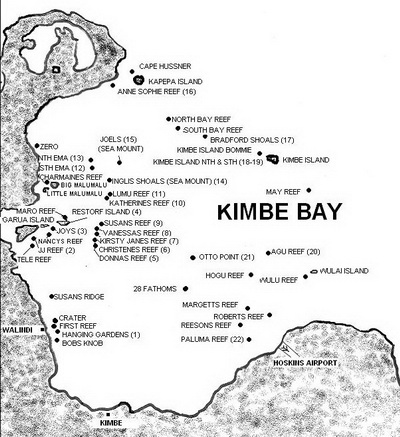 Like the three Kimbe Bay seamounts, each of the reefs has its own features. Plus a degree of personality that makes it different.

With the common denominator across them all being the amazing and rich proliferation of hard corals.

Which is why Kimbe Bay is the hard coral capital of the world!

The other common feature across many of the reefs are the intense red sea whips. Which have become a defining element of Kimbe…

There are too reefs to cover them all, so let’s look at a few of the very best!

Of all the many reefs in Kimbe Bay. If one site can be said to have it all, it would probably be South Emma… Huge colorful barrel sponges, intense red sea whip gorgonians, stunning soft coral and a deep swim through cave are just a few of the many attractions! 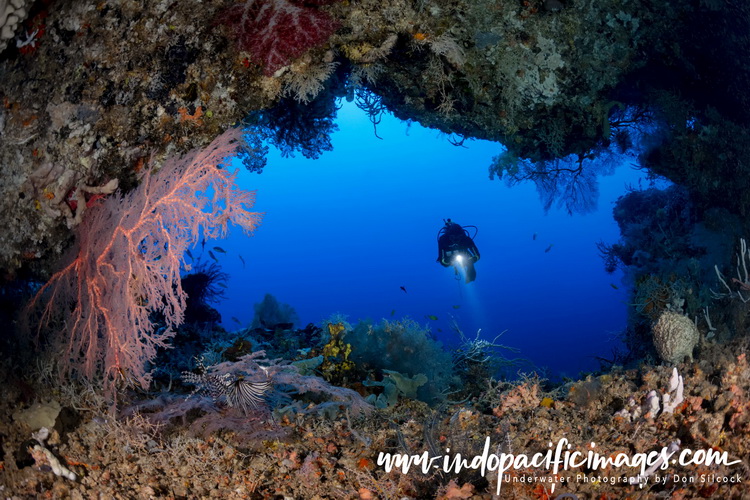 Plus, on most dives, a school of barracuda will be circling the bommie, together with curious batfish and numerous trevallies. And… gray reef sharks commonly patrol the southern side of the reef. 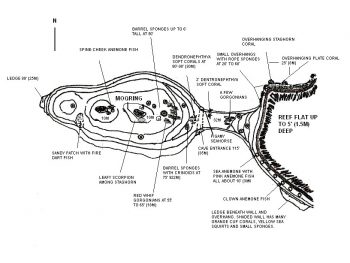 While the deep surrounding waters on the western side of Kimbe Bay mean there is always a good chance of pelagic encounters!

The top of the bommie is in 12-15m of water and is covered in a rich growth of hard and soft coral. With the whole area brimming with small reef fish! 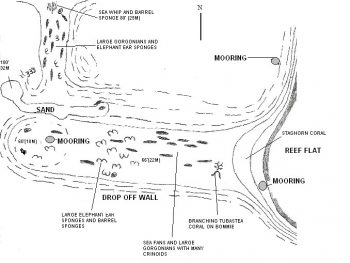 Vanessa’s Reef is located on the western side of Kimbe Bay on a large platform that rises up from the deep.

The main part of the site is a long ridge that connects to the nearby large reef flat.

Most of the ridge is in between 18-22m in depth. Making Vanessa’s an easy and very pleasant dive with lots of time to explore. And there is much to see…

Starting with the area near where the ridge rises up towards the reef flat. Here there is a dense colony of large gorgonian sea fans. Which are clearly well nourished by the rich currents of the Bismarck Sea.

The fans themselves make excellent photographic subject matter. But look closer and you will find hawk fish, commensal shrimp and many other subjects that will keep macro shooters happy.

Further out on the ridge is an equally rich sponge garden. With multiple huge elephant ear sponges, bright red barrel sponges and vivid orange sponge mounds. Many of which are adorned with multi-colored crinoids feeding in the currents.

At the end of the ridge, near the permanent mooring is a roughly circular area with more fans and sponges. And to the north is a deep sandy patch at 32m. Which leads to a narrow ridge featuring another dense thicket of gorgonian fans. Plus elephant ear sponges and beautiful Kimbe Bay sea whips. 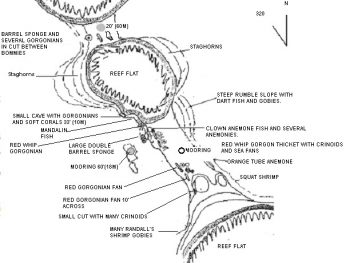 Christine’s Reef is located on the same underwater platform as nearby Vanessa’s and three other excellent reefs.

The main part of Christine’s, and certainly the most interesting and photogenic area, is the large submerged saddle between the southern reef flat and the smaller middle one.

On that saddle are incredible combinations of large gorgonian fans, red sea whips and barrel sponges.

Christine’s is not a particularly big site and it is possible to swim right around it in one dive. But the main saddle and the smaller northern one, are the richest areas.

Longnose hawk fish are fairly common on the largest of the fans on main saddle, making that spot popular with macro photographers. Also on the main saddle where it joins the middle reef flat are several very pretty anemones that often “ball up” making them very popular with photographers!