Ocean Floor Shark Cage Diving… It does not really matter how many times you have done it, getting into the cage always an intense and exciting moment. But getting into the ocean floor cage is next level!

You are after all suspended by a single wire and about to be dropped down in to the cool waters of the Neptune Islands, where the Great White Sharks rule. That said, it is a truly unique experience. 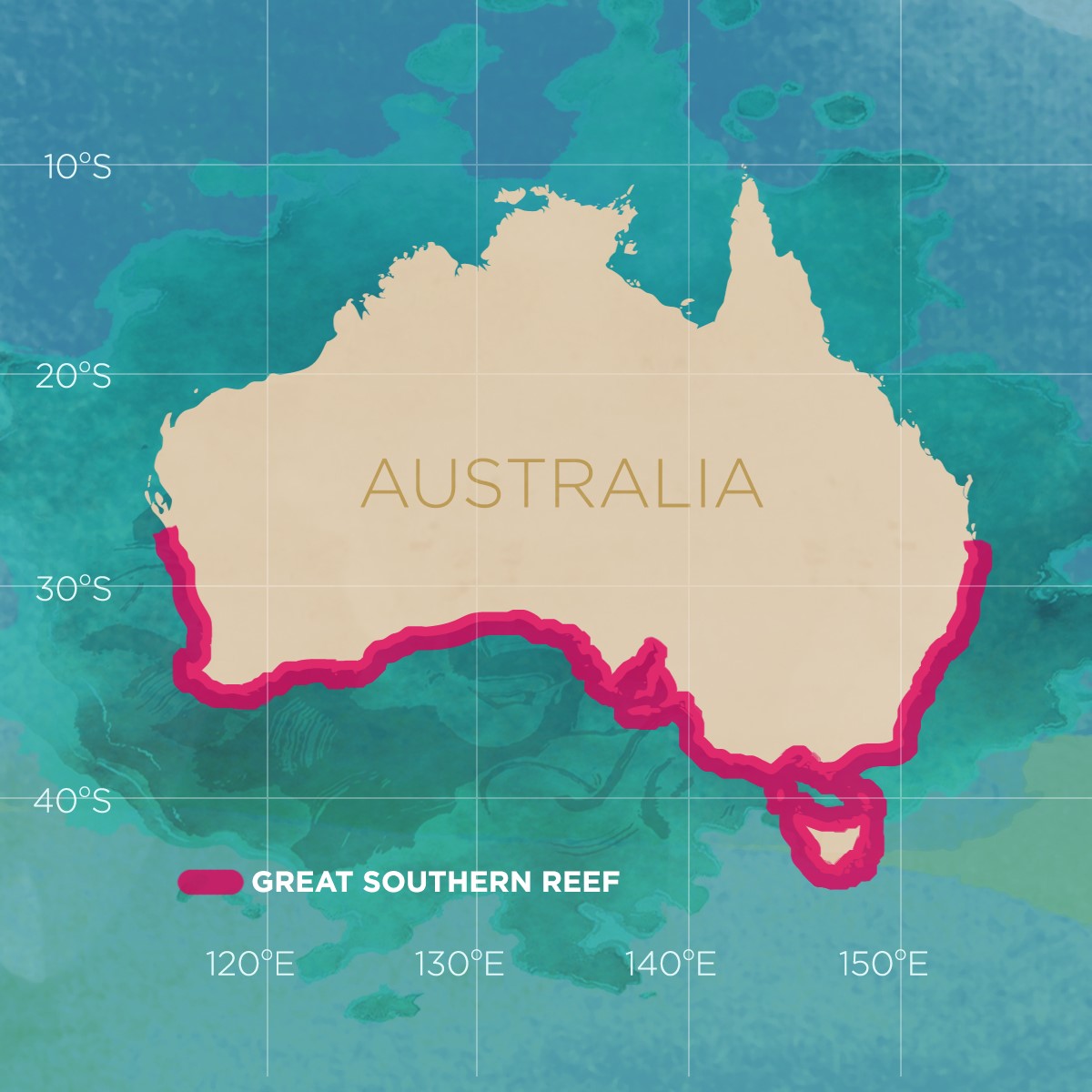 It’s unique because the Neptune Islands are a marine park and sanctuary where no fishing is allowed.

So the underwater environment around the islands is a superb and largely untouched example of the temperate water biodiversity of Australia’s Great Southern Reef.

Clear blue water, dense fields of sea grass that sways back and to in the current, interspersed with patches of white sand and rocky outcrops is the backdrop.

Those blue waters are rich with reef fish and larger marine creatures like the smooth stingray and blue grouper.

That rich biodiversity is why the islands are host to one of the largest seal colonies in Australia. Which is what attracts the Great Whites… A highly reliable source of exactly the high-fat food they prefer.

But, because of those sharks, it is simply impossible to scuba dive there… So ocean floor shark cage diving offers a unique two-fold experience. In that you can safely enter a quite special marine environment and you can see great white sharks in a way that is simply not possible otherwise!

Like most animals, Great Whites have “personalities” – in that they behave in different ways. And much of what drives that behaviour is how hungry they are… Which is a function of what they last ate and what that was!

It’s a generalisation, but the sharks that appear at the surface cage tend to be more hungry than they are curious. Whereas on the ocean floor the interactions seem to be more driven by curiosity.

At the surface, both minced fish and baits are used as attractants to get sharks to come closer. Sharks in the general area can sense those attractants – which tends to animate them. Particularly so if they are hungry and they tend to rush towards the cage, percieving it as the source of the attractants.

It can be quite exciting! But overall, once you have calmed down a bit… is somewhat frenzied and a bit unnatural.

Baits are also used inside the ocean floor cage to act as attractants. But the sharks seem to react to them in a much more relaxed way and approach the cage slowly and confidently. Probably because they are the “peckish” sharks, rather than the hungry ones. Overall it is a much more “intimate” encounter. And, in many ways, the ocean floor experience is as close as you can ever get to seeing Great Whites in their natural environment.

Plus, rather than the frenzied killing machines the tabloid media paints them as, it allows you to see them for what they really are – superbly evolved apex predators that dominate their immediate environment.

How It Works – Safety…

While the ocean floor cage is similar in size and construction to the surface cage, there are a few important differences.

The main one being that instead of the flotation chambers around the top of the surface cage – which keep it positively buoyant and floating – the ocean floor version has a single buoyancy tank on the top of the cage.

The tank has a permanent 6″ opening on the bottom and a lever operated valve on the top.

When the cage is lifted out over the water with divers about to go down to the ocean floor, the valve is always kept closed.

Which ensures the cage is buoyant in case of a problem while it is being positioned.

When everything is ready for the cage to be lowered down, the valve is opened. Allowing the tank to fill with water so the cage is negatively buoyant and will sink.

If there is a problem with the winch the cage can always be brought back to the surface by the “cage captain” closing the valve and then filling the tank with air from the on-board cylinder.

How It Works – Logistics…

The other important differences are that diving gear is used in the ocean floor cage. As opposed to being on a hookah system in the surface cage.

Which obviously means you need to be a qualified diver to go in the ocean cage.

It also means that each diver has a finite amount of air… So consumption is closely monitored by the cage captain!

Entry in to the ocean cage is from the side door. As opposed to from the top with the surface cage.

Communication between the cage captain and the person in charge of the winch is done by rope signals.