Welcome to Indopacificimages – the personal website of Don Silcock, an Australian underwater photographer and photojournalist based on the island of Bali in Indonesia.

I have been diving the main locations in the Indo-Pacific region for over 20 years. And have documented many of my experiences in numerous articles and pages on this site.

Plus, over the last 5 years or so, I have traveled extensively to photograph many of the major marine aggregations and “big animal” experiences globally.

So if you are looking for factual, interesting and accurate descriptions of some of the world’s best diving and encounters check out the latest stuff on the Home page and the menu bar on the header above.

And… in case you are wondering, this is not a commercial site – I am not selling anything and it really is just what it is!

Occasionally I may get paid (not much though…) for an article I have written. And sometimes I get offered trips in exchange for writing about a specific location.

But I always try to tell it like it is and only ever use images from a trip to illustrate what I saw when I was there.

Why? Well I do all this because I like writing and get a lot of satisfaction from putting it all together.

In fact I originally started the site because I was so fed up with all the commercially orientated nonsense that is out there with regards to scuba diving.

No claims on perfection, but I try to provide interesting and factual content that is based on what I saw and experienced.

I was born in the 50’s in the north-west of England in a town called Runcorn, about 15 miles from Liverpool. I left as soon as I could… Back then there seemed very little opportunity to do anything but work in the local petrochemical plants for the rest of your life and that was not for me!

Some of my earliest memories are of my elder brother, who was in the merchant navy at the time, telling stories of the places he had visited. Which, in retrospect, was probably the catalyst for my travel bug.

My first chance to get “out” came soon after my 21st birthday when I was offered a job as a trainee service engineer for a Swiss compressor company. That job allowed me to see a lot of the UK and Ireland and four years later led to job in the oil and gas industry in Libya. 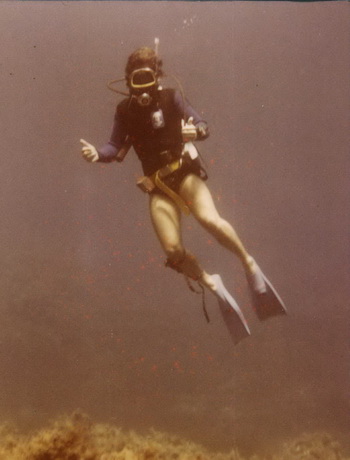 Libya was not the end of the world, it just felt that you could see it from there! But the work-cycle was six weeks on and three weeks off. And those three weeks off allowed me to travel and my first experience of scuba diving on the Mediterranean island of Malta.

That was in 1978, when recreational diving was loosely regulated. And a one day introductory course got me a “dive card” that allowed me dive the many sites around the island, which I have to say is pretty scary in retrospect!

The job in Libya was supposed to be for one year. But it was 14 years, a wife, two kids and four countries later before we decided it was time to move on and leave the Middle East to head down-under for a new life in Australia.

My time in the Middle East, and particularly the 7 years we spent in Bahrain, allowed me to move on from my Maltese dive card and learn to dive properly. Eventually qualifying as a BSAC Advanced Instructor and then later as a PADI Divemaster.

Living in Australia allowed me to dive areas of the Great Barrier Reef and then hear about the diving to the north in Papua New Guinea and Indonesia.

My first trip to PNG was in 1999 and a year later I dived Indonesia for the first time.

I still dive a lot in the Indo-Pacific region (hence the name for the site) but a couple of years ago I started to sign up for “big animal” type trips. And again you will find a lot more about that on the pages of this site. 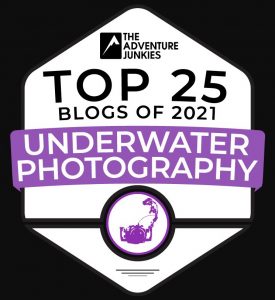 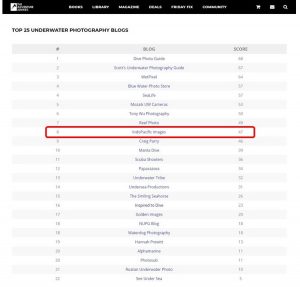 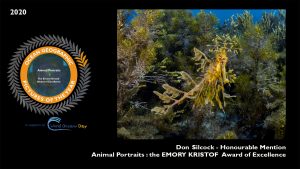 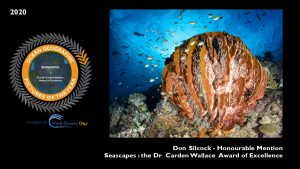