Diving Halmahera… The remote province of Halmahera is about as far north in Indonesia as you can go. And it’s isolation means that it offers some pretty unique diving opportunities.

Big currents are however very much a feature of Halmahera… As the area sits right in the path of the Indonesia Throughflow as it makes it’s way through the vast archipelago. 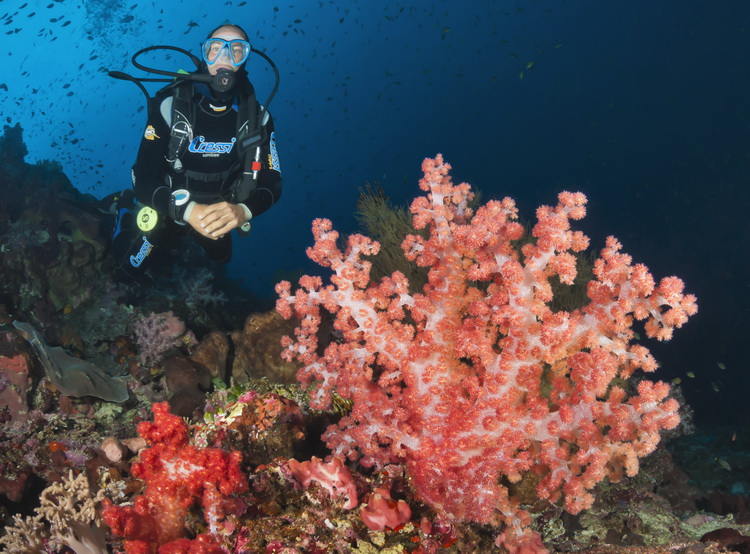 Diving Halmahera – Where Is It?

The starfish-shaped island of Halmahera is located in the north of the Indonesian archipelago. Right in between North Sulawesi and Raja Ampat and straight north from Ambon. It is the largest island in the province of North Maluku and also one of the most sparsely populated.

Halmahera was formerly known as Jilolo, or Gilolo/Jailolo – depending on whose version you read… And the island is home to around 30 distinct tribes and ethnic groups, many of whom have retained their traditional cultures. It has also been settled by migrants from the nearby sultanates of Ternate and Makian, plus the usual Javanese…

Diving Halmahera – How to do It?

The remoteness of the area means that diving Halmahera is not without its logistical challenges… Using a liveaboard is the best way, as land-based dive operators are very limited. But – Halmahera is not really on the route map of most of the liveaboards operating in Indonesia.

My experience of diving Halmahera was part of a two-week trip from Raja Ampat to the North Sulawesi. Starting in Raja Ampat’s Sorong and ending in Sulawesi’s Lembeh Straits aboard the SMY Ondina – a boat I have personally used a lot in Indonesia.

Indonesia is a fascinating and incredible diverse country. Its remote regions are particularly interesting and diving Halmahera is a pretty special experience. There is some really good diving around the southern tip of Halmahera Island. But there also numerous spots in that area that have been devastated dual scourges of Indonesian diving – dynamite and cyanide fishing.

Then there is the excellent Patintie Strait between southern Halmahera and the large island of Bacan. Followed by the superb Goraici Islands, whose population have managed to keep the dynamite and cyanide fishermen at bay.

I documented the complete adventure in an 11-page article on Diving Halmahera that was published in X-Ray dive magazine. 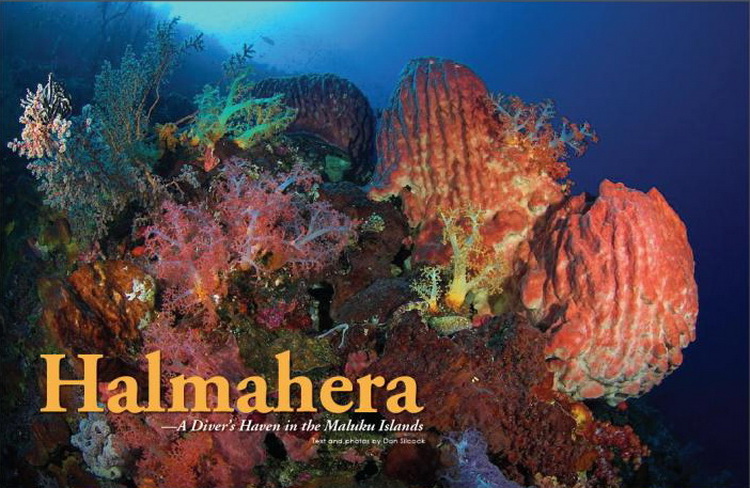